Each year, Baylor Evnen has the pleasure of working with intelligent, proactive, and talented law students. Through our internal clerkship program, Baylor Evnen strives to support and assist in the development of law students as they begin their careers.

Each law clerk is given the opportunity to learn and grow through attorney supervised projects throughout the summer. Please meet Baylor Evnen’s 2022 law clerks. 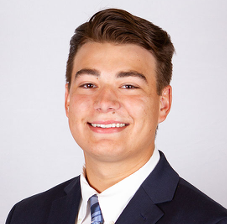 About Tyler | I am originally from Fort Collins, Colorado, but I am a third-generation UNL graduate. I just completed my 2L year at the University of Nebraska College of law. This will also be my second summer at Baylor Evnen. I am an avid tennis player and a fan of each of Colorado’s pro sports teams. I am especially looking forward to watching the Avalanche win the Cup this year!

What are you most looking forward to at Baylor Evnen? | I am most looking forward to being back in the office full time to work with all of our attorneys, staff, and my fellow clerks! This past year I enjoyed the wide range of projects I was able to help with at Baylor Evnen. I had opportunities to work on matters across each of our practice areas. That experience allowed me to learn from all of the attorneys at the Firm.

Is there an area of law that you are excited to learn about most and why? | I am excited to learn more about civil litigation. I have taken (and really enjoyed) several litigation-focused classes and am looking forward to learning all I can this summer from our team of trial lawyers.

What is one thing you’ve learned in law school that you believe will be helpful during your time as a law clerk? | I learned that the most important job of a lawyer is to write and communicate effectively in any medium – whether in a brief, motion, pleading, and even an interoffice email.

What made you want to become a lawyer? | I had always liked reading and writing, and after I started taking classes for my Law and Business undergraduate minor, I was sure that I wanted to be a lawyer. 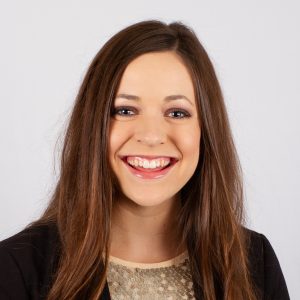 What is one thing you’ve learned in law school that you believe will be helpful during your time as a law clerk? | Our Legal Analysis, Writing, and Research class was intensive and challenging, but very worthwhile. We learned how to write memos and briefs, as well as how to efficiently research. This knowledge will be incredibly helpful this summer as I begin researching and drafting projects for Baylor Evnen.

What made you want to become a lawyer? | While at UNK, I completed an internship in the Legal Department for Buckle, Inc. I enjoyed completing various legal projects for the company, as well as helping and serving store managers and their teams. Becoming a lawyer allows me to serve others in multiple capacities, so I chose to attend law school to expand on my experiences from my internship. 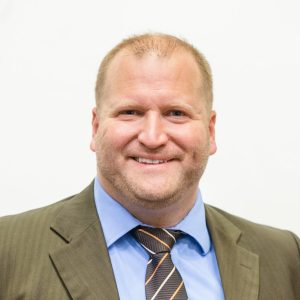 About Adam | I moved from Salt Lake City, Utah, and I just completed my first year of law school. I graduated from Brigham Young University and I have spent several years working as an insurance claims adjuster. I have handled liability claims, injury claims, PIP claims, coverage claims, litigated claims, general liability claims, auto damage and homeowners’ claims (including lots of experience in writing and approving repair estimates and valuations), workers’ compensation claims, and claims in a bunch of other random areas.

What are you most looking forward to at Baylor Evnen? | I actually retained Baylor Evnen to defend on some workers’ compensation cases when I was an adjuster. I was always impressed with how professional and on-the-ball Dallas Jones and Tom Shires were with me. I am looking forward to trying to glean as much knowledge as I can from them so that I can hopefully provide a similar level of service.

What is one thing you’ve learned in law school that you believe will be helpful during your time as a law clerk? | While law school can be stressful and make me feel like I can barely keep my head above water, I realized that I can do it, and that I’m not usually struggling as much as I think. Part of the growing process requires feeling uncomfortable. Rather than shy away from something with which I am unfamiliar, I have learned to jump in (head first sometimes) so that I no longer have to be nervous about that particular area. I think this approach will help me as a law clerk, because there are MANY areas with which I am unfamiliar. By facing the unfamiliar on a regular basis, I believe it will help round out my professional knowledge and hopefully help me to strengthen some areas that need strengthening.

What made you want to become a lawyer? | As corny as it may sound, I really am passionate about the role of insurance in our society. It is there to help policyholders in what is sometimes one of the worst experiences of their lives. However, if no one is there to defend insurance carriers from the occasional tendency to over-inflate verdicts and insurance settlements, there is a chance that insurance carriers won’t be able to help as effectively for those who need it most. After years of working as an insurance adjuster, I am ready to take on a role that focuses more squarely on those cases that can have the most catastrophic effects.