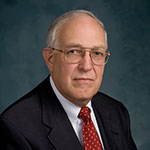 Mr. Grimit currently practices on a limited basis and serves in the capacity of Counsel. Mr. Grimit continues to consult with the firm’s partners and associates on a regular basis.

During his career, Mr. Grimit was involved in much of the firm’s complex litigation work and was very active in commercial litigation, including fidelity and surety claims, construction related and environmental matters, and insurance coverage questions.